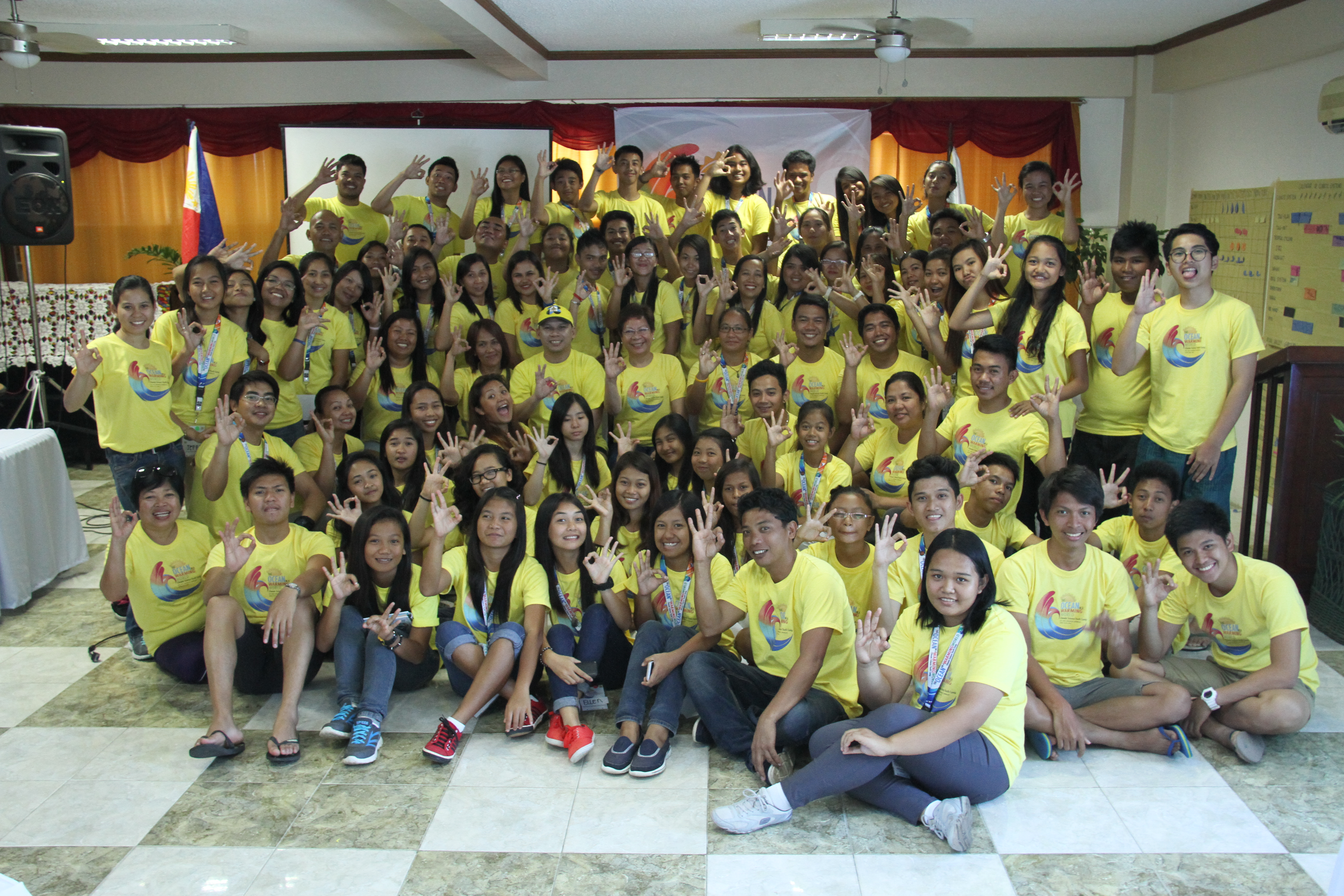 Campers together with SEI Director Dr. Josette Biyo flash the “okay” sign during the closing program of the 2015 Climate Science Youth Camp held in Masinloc, Zambales.

Picking up where they left off last year in terms of developing future climate scientists, the Department of Science and Technology - Science Education Institute (DOST-SEI) again amazed 41 students and 19 teachers in what was described by the participants as a “truly awakening” 2015 Climate Science Youth Camp.

Scientists from the University of the Philippines Marine Science Institute (UP MSI) were joined by meteorologists from the Philippine Atmospheric, Geophysical and Astronomical Services Administration (PAGASA), and researchers from De La Salle Araneta University (DLSAU) in leading this year’s Camp which was held on 13-21 April in Masinloc, Zambales.

Following the theme “The Ocean in a Warming World”, the Camp sought to encourage students to pursue S&T degrees and careers and instill deep appreciation of S&T as a way to address environmental and societal issues. It featured lectures, and hands-on activities about atmosphere, weather, and ocean, and a two-day exposure trip to tackle souring oceans and marine biodiversity led by UP MSI and PAGASA. The participants were also trained in Participatory Action Research (PAR) courtesy of DLSAU as a social science component of the Camp.

SEI Director Dr. Josette Biyo said this year’s theme was in support of the global action for climate change mitigation and adaptation.

“We very well know that it is important to expose the youth on the science of climate change for you to have better understanding of your role now and what you can do further as you move forward and choose your paths,” she added.

Campers were taught how to collect seawater sample for plankton and water quality analysis, concepts on souring of oceans, and basics of snorkeling and had exposure trips to the sea grass community, mangrove forest, and coastal reef.

The Campers were also able to visit the community of San Salvador Island where Campers conducted interviews with fisher folks, boatmen, religious groups, local leaders and other residents for their PAR exercise facilitated by Glenn Banaguas of DLSAU and one of the Outstanding Young Scientists of the National Academy of Science and Technology.

Biyo said that the venue served well for the Camp activities and lauded the local government of Masinloc for its coastal resources management efforts.

Masinloc Mayor Hon. Desiree S. Edora meanwhile thanked DOST-SEI for selecting their municipality as the venue for such a “high-impact” project for the youth.

“Our place also faces challenges in water management, drought and floods, and for our youth to be involved in this activity, we are fortunate and blessed,” said Edora.

Finally, Biyo asked the Campers to bring their learning with them as they pick their courses in college and asked teachers to share their experiences with their fellow educators.

“Let’s put to use this experience by considering going to S&T when you choose your paths in college and career. Your training and gifts will be of help to the country,” Biyo disclosed. (30)