The activity featured five levels that focused on different careers students can get into, namely, Science, Technology, Engineering, Mathematics, and Integration, which is a merging of the aforementioned disciplines. The games were strategically designed with the help of module developers from the academic and research institutions as well as from teachers from PSHSS to enhance the skills, knowledge and creativity of the students on becoming smart scientist and engineers in the future.

A total of 18 schools—eight elementary and 10 high schools—from the national capital region battled for two division championships. Each team were joined by one DOST-SEI or PSHS scholar-scientist as their coach. 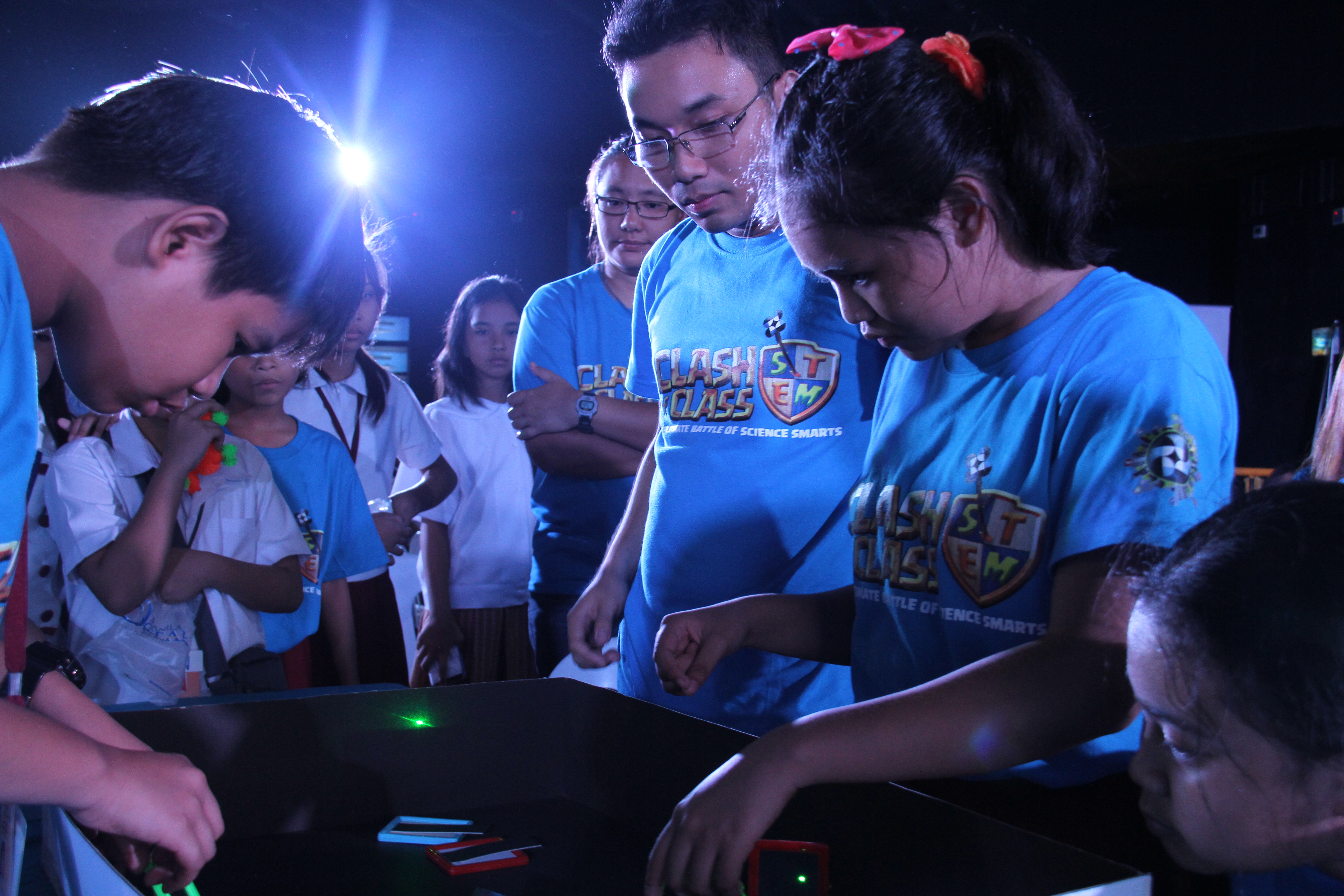 Student-players listen to their scientist-coach as they perform the Laser Maze challenge during the Clash of Class competition held at the Manila Ocean Park.

Aside from the prizes, all participants also got free access to the Manila Ocean Park exhibits and other attractions.

“At such young age, we want to make you realize how important science and technology is in your lives and how wonderful it would be if you ultimately decide to be part of our family,” she said.

One of the teachers, Ramon Cipcon of Manuel L. Quezon Elementary School, said the activity was a great opportunity for the students to showcase their skills and talents of becoming scientists in a way.

“This activity also opened exposure to us, teachers, to capture new ideas and strategies on how to deliver and teach real life science to our students,” he added.

Finally, DOST Undersecretary Rowena Cristina L. Guevara, herself a science scholar of the agency from high school to graduate school, invited the students to become scholars in the future.