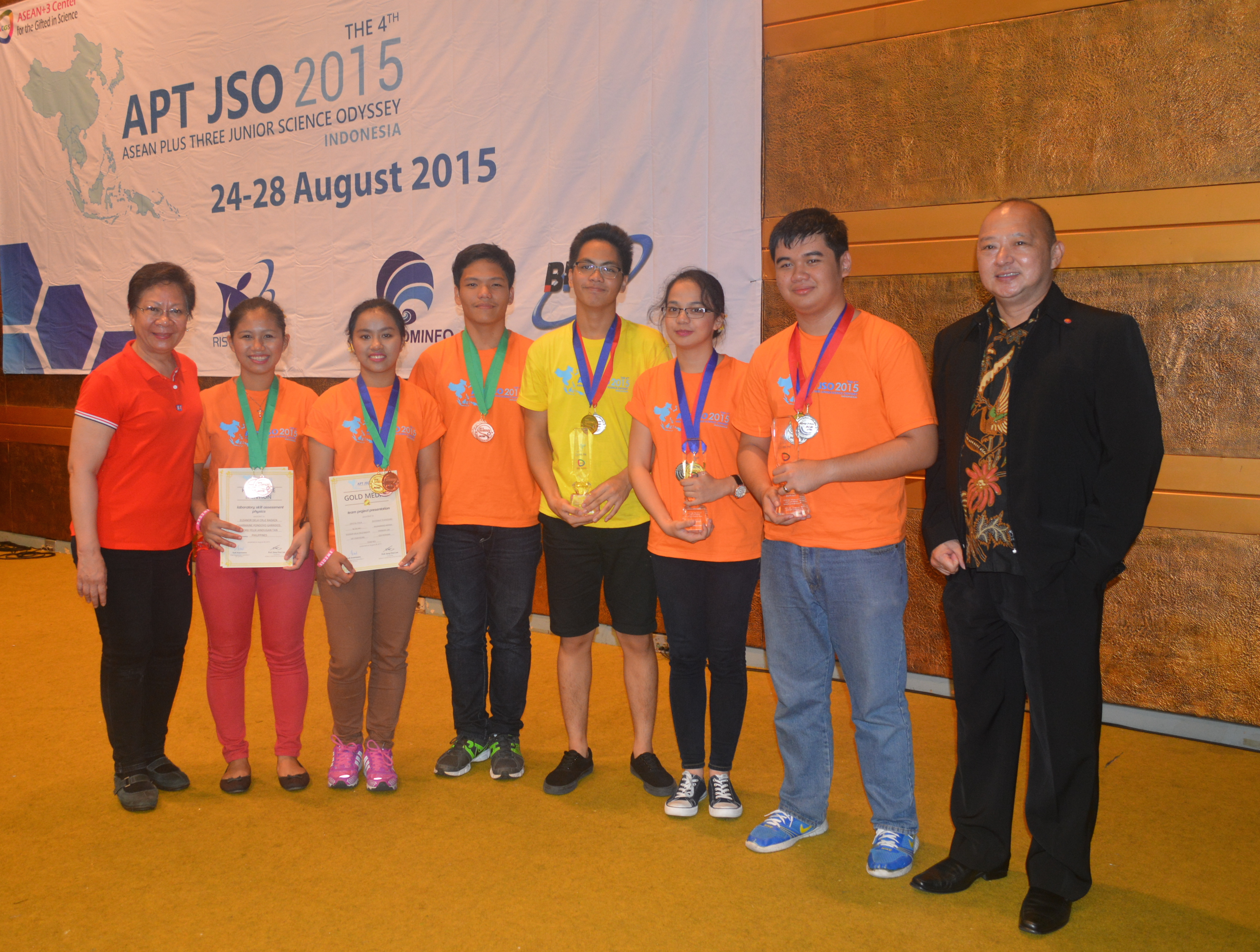 Undefeated. The Philippine Team composed of six students from Eastern Visayas and Central Mindanao campuses of the Philippine Science High School maintained the undefeated slate of the country in its four-year participation in the APTJSO. Also in the photo are Dr. Josette Biyo, Director of the Science Education Institute, and Dr. Alexander Lim, Assistant Director and Head of Science and Technology Division of the ASEAN Secretariat

The Philippines has been the champion for four straight years since the APTJSO started in 2012 in Brunei Darussalam, and maintained their feat in Korea in 2013, and in Thailand in 2014.

State-of-the-art laboratory facilities were provided by Indonesia’s Agency for the Assessment and Application of Technology (BPPT) through Geostech, located at PUSPIPTEK, a science complex that houses laboratories and other facilities related to technology assessment and application.  Students and teachers also toured the Baruna Jaya IV, a marine research and survey vessel of the BPPT, and were given lectures on Indonesia’s marine biodiversity and the various projects undertaken to protect the marine environment.

In 2016, the Philippines will be hosting the 5th APTJSO as its share in nurturing gifted students in the sciences from the ASEAN region as well from other countries. The ASEAN Center for the Gifted in Science (ACGS),based in the Republic of Korea, is the overall organizer of competition,  in cooperation with the ASEAN-member countries, China and Japan. (30)