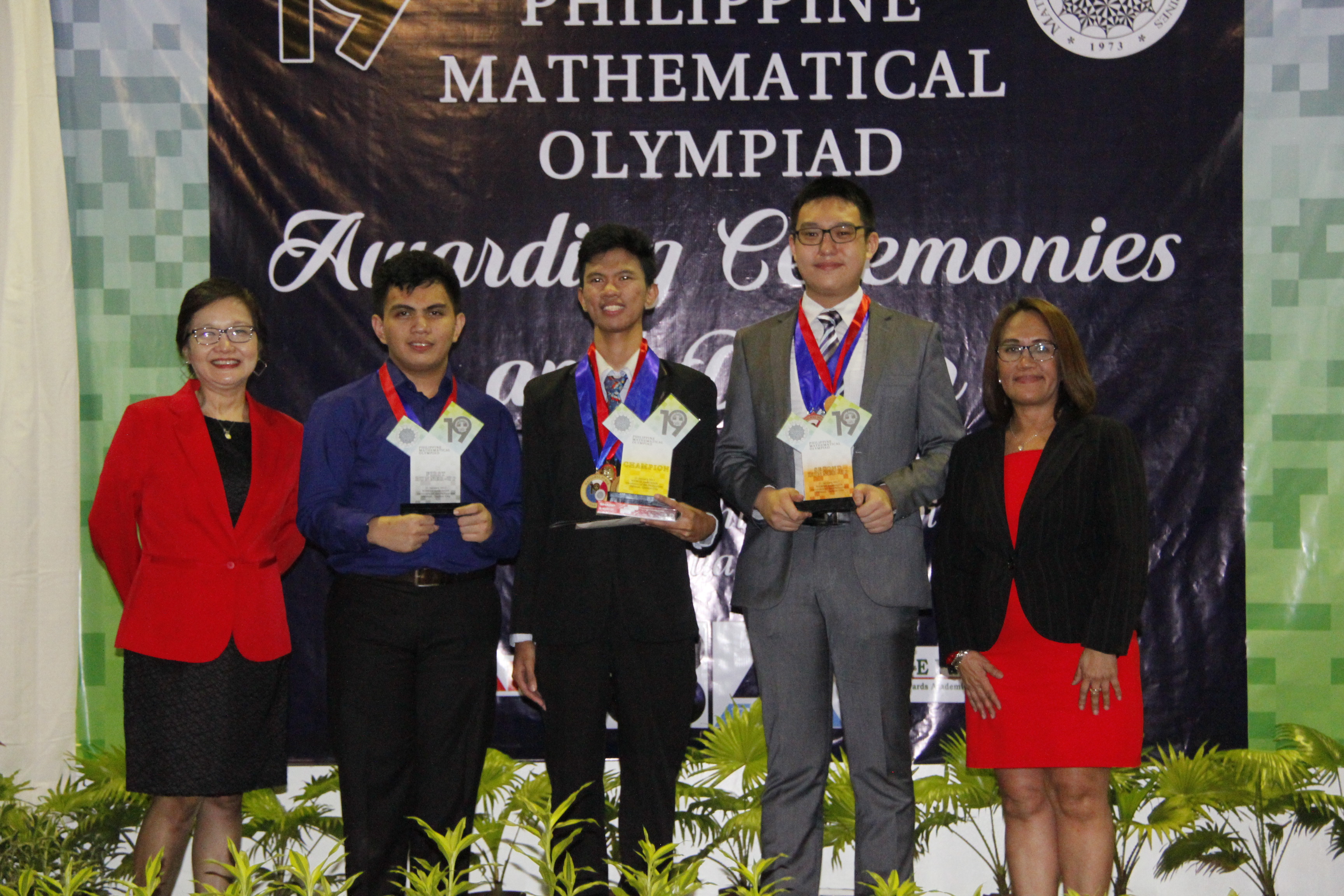 Last year’s top three at the Philippine Mathematical Olympiad (PMO) reclaimed their position as the best of this year’s crop albeit in different rankings during the final stage of the competition held at the University of the Philippines School of Labor and Industrial Relations Auditorium, UP Diliman, Quezon City on 21 January 2017.

The three winners were all members of the national team in last year’s International Mathematical Olympiad (IMO), where Dulay and Wu netted home the country’s first gold medals along with two silvers, one of which won by Patupat.

Four thousand five hundred thirty-three (4,533) students from all over the country participated in the qualifying stage held in October last year, of which 212 were selected to proceed in the area stage held in various regional testing centers in November 2016.

The PMO, the oldest and most challenging mathematics competition in the country, is organized by the Mathematical Society of the Philippines (MSP) in partnership with the Department of Science and Technology – Science Education Institute (DOST-SEI).

SEI Director Dr. Josette Biyo congratulated the winners as well as the other finalists who emerged best among the 212 high school students who qualified in the Area Stages. 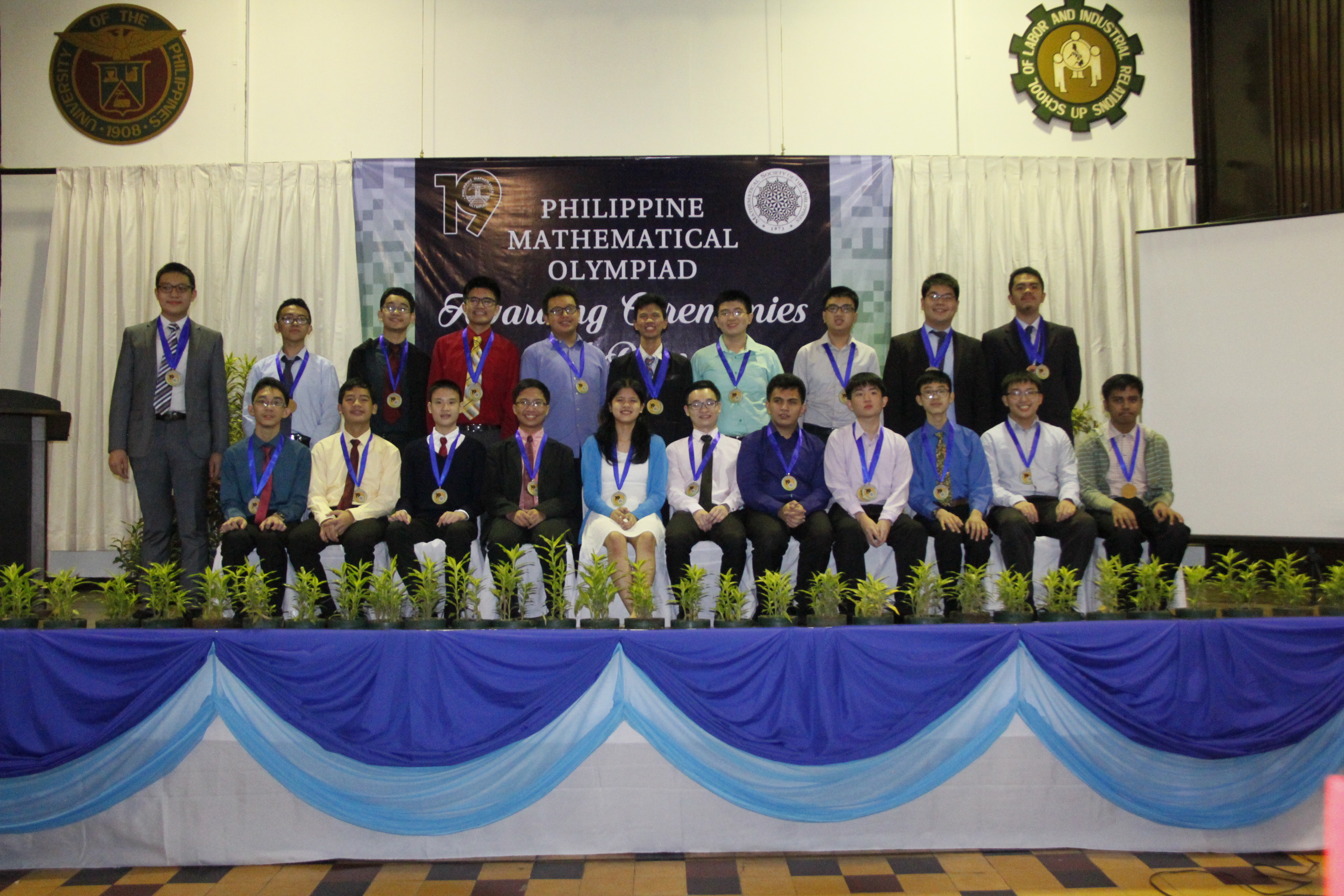 The 22 finalists of the 19th PMO presented in a ceremony held at the University of the Philippines School of Labor and Industrial Relations (SOLAIR) Auditorium, UP Diliman, Quezon City on 21 January 2017.

Biyo reminded the finalists to make use of their talents in serving as “ambassadors of mathematics” among the youth as the subject remains feared despite its increasing importance in other fields and in development.

“As part of the millennial generation, it is important that you serve as promoters of the field of mathematics among your peers. Most people remain intimidated by the field that you enjoy and love, and one of the ways to change that is for you to become active ambassadors of mathematics at least within your circles,” she said.

She added that for the Philippines to catch-up to developed countries, its human resources would need improved capability in math and sciences.

“The emergence of the concepts such as big data and the Internet of Things; the increased importance of algorithms, and intelligent and smart systems in businesses; and the inevitability of stronger and innovative designs and infrastructure in all the global industries of today makes mathematics even more important,” Biyo furthered.

The winners, together with the 19 other PMO finalists, will undergo training during the summer for the final selection of the members of the national team that will compete in the 58th International Mathematical Olympiad to be held in Rio de Janeiro, Brazil, on 12-23 July 2017. The training will be held in parts from February until July and shall be organized by the MSP and its partners. (30)