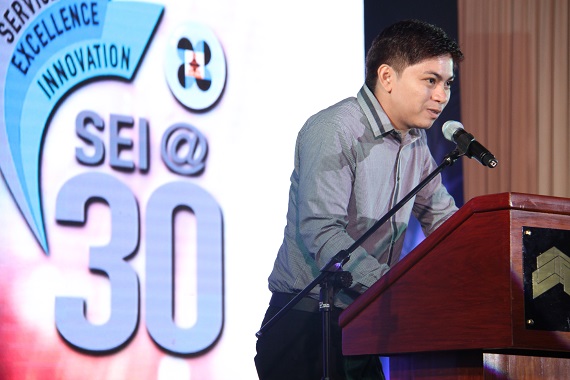 A STORY TO REMEMBER. Dr. Nestor Acala, former DOST-SEI Scholar, left the much of the audience teary-eyed as he shared his struggles as a student from a poor family in Marawi City and the transformation his life had with the scholarship program. He now teaches at the Mindanao State University – Marawi to serve young students who share the same struggles he had before.

The country’s science and technology human resources development arm showcased its milestones and recognized its key partners as it celebrated its pearl anniversary.

Bannering the theme “Service. Excellence. Innovation.”, the Department of Science and Technology - Science Education Institute (DOST-SEI) highlighted its contributions in creating a critical mass of science professionals since its foundation in 1987 through a string of events. The activities included a reunion of former scholars branded as “Together Again,” a teachers’ forum entitled “Training Educators to Become Nurturing and Transforming Agents,” and a recognition program for the Institute’s Scholarship Champions, Institutional Pillars, and Individual Cornerstones, all held from 27-28 September, respectively, at the Philippine International Convention Center in Pasay City. SEI also showcased its milestones over the years through an exhibit.

According to SEI Director, Dr. Josette Biyo, the celebration was a “give back” to the organizations and individuals who helped in fulfilling its mandate of producing a critical mass of scientists and engineers.

"SEI has been at the forefront in building our future leaders. Some of them are actually leading their respective fields right now. To date, we are proud to have produced almost 40,870 scholar-graduates through the various undergraduate and graduate scholarship programs the Institute offer," Biyo said.

Biyo said the handing of awards to its champions and partners was just a simple gesture of gratitude from the Filipinos whose lives have been impacted positively due to the many programs they co-implemented. Awardees came from the private, academe, non-government, and government sectors.

DOST Secretary Fortunato de la Peña, who led in the conferment of awards, said SEI’s contributions extend beyond the number of science professionals it produces, and on to the lives of family members and communities that have changed by the works of its scholar-graduates.

As a highlight of the celebration, Dr. Nestor Acala, a professor from the Mindanao State University – Marawi shared his story as a struggling student from a poor family and whose life was changed by the scholarship program.

“We will continue pushing for science and technology policies and reforms that will ensure that we hit our development goals now and in the future,” he said. (30) 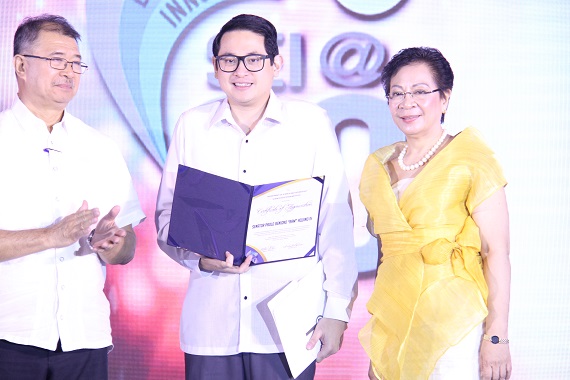