“We were surprised by the number of individuals and groups interested in joining this year’s Indie-Siyensya. We’re hopeful that projects like this will encourage more students to choose science courses,” says Josette Biyo, Director of the Department of Science and Technology–Science Education Institute (DOST-SEI), the competition’s main organizer.

Cash prizes and trophies await filmmakers of winning entries. Three winners per category will receive P100,000 (Best Film), P50,000 (2nd Place) and P25,000 (3rd Place). A special Viewer’s Choice Award will also be given to the film with the most number of votes from the audience of Indie-Siyensya film screenings from Nov. 21-27, 2018.

The 3rd Indie-SIyensya is presented in partnership with the Film Development Council of the Philippines. (30) 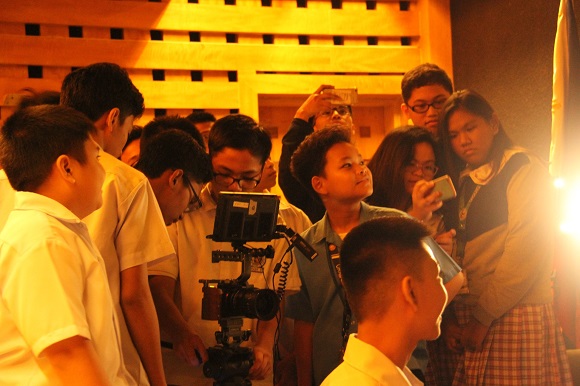 Learning the art of cinematography in capturing science. Students participate in the cinematography training at the 3rd Indie-Siyensya Filmmaking Competition Launch and Workshop held on July 6, 2018 at the Cinematheque Centre Manila.