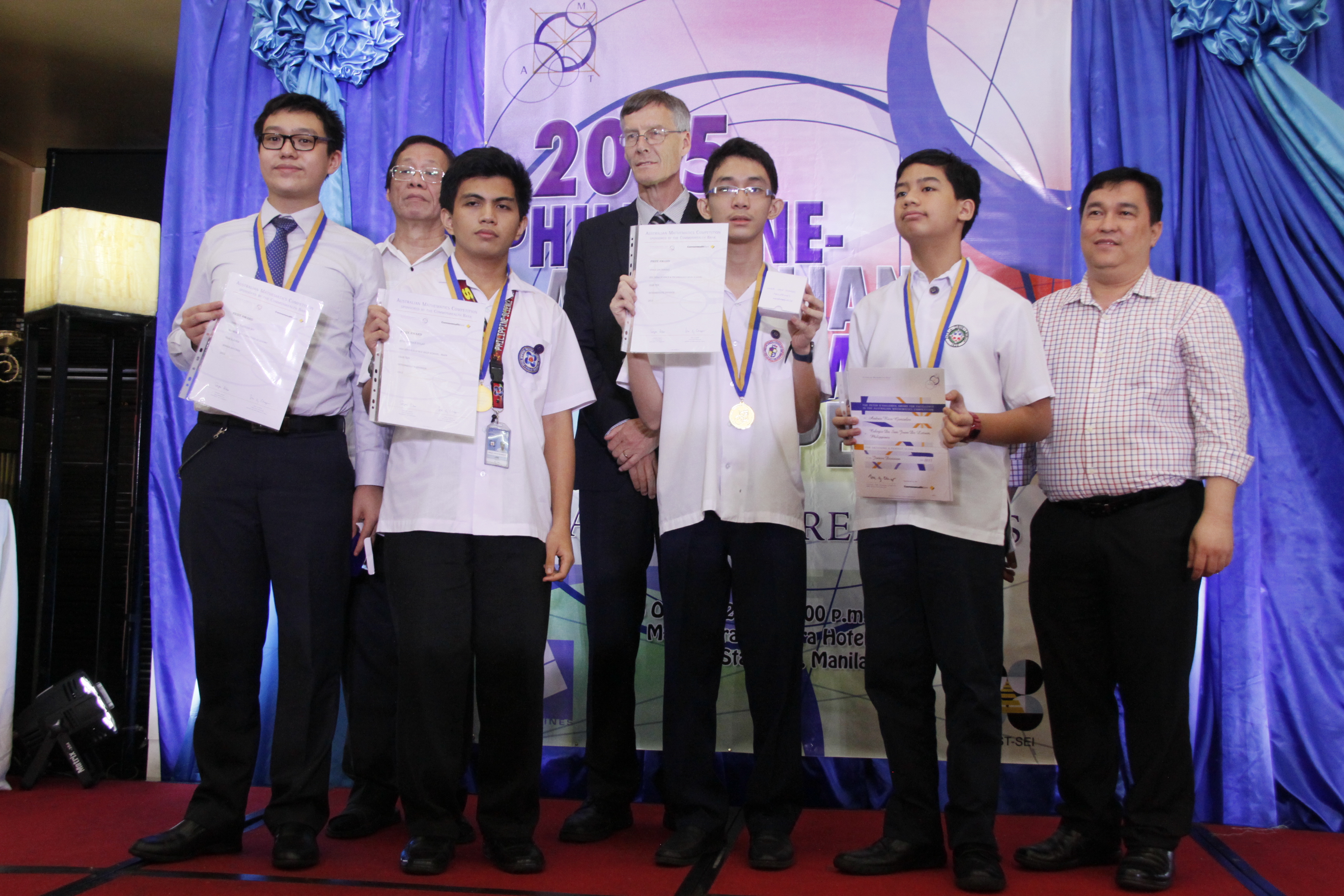 A Grade 8 student from Colegio de San Juan de Letran emerged as one of only 42 students in the world among a total of 300,000 participants to get a perfect score in the recently concluded 2015 Australian Mathematics Competition (AMC), a superb feat that coincides with the Mathematics Trainers’ Guild (MTG) of the Philippines’ celebration of its 20th anniversary.

Andres Rico Gonzales, 13, received the Peter O’Halloran Certificate for nailing a perfect score to lead 97 other Filipino students who garnered awards in the competition, which was simultaneously held in 42 countries last August.

Gonzales and the other winners were awarded during MTG’s 20th foundation anniversary celebration held at the Manila Grand Opera Hotel in Manila. 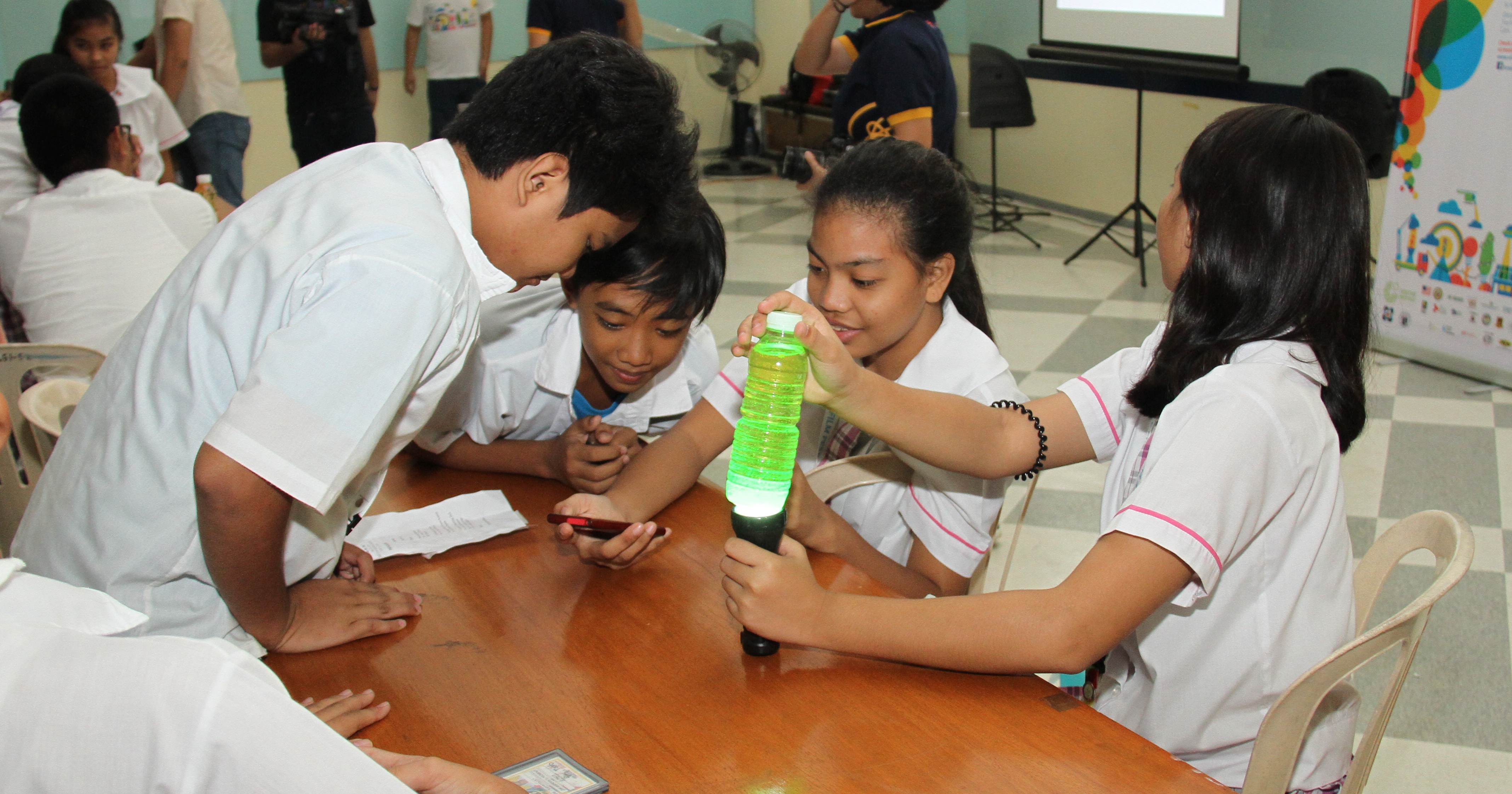 Students conduct the Lava Lamp experiment as part of the parallel activities held watching two films about light and light-based technologies during the opening day of the 2015 Science Film Festival.

Capitalizing on film as a powerful science communication and education tool, the Department of Science and Technology – Science Education Institute (DOST-SEI) launched Indie-Siyensya, a filmmaking competition on science and research.

The project was launched during the opening ceremony of the 2015 Science Film Festival (SFF) held on 21 October at DOST in Taguig City. The competition is a first of its kind, focusing on communicating scientific concepts and highlighting the significance of research. The project hopes to spark creativity and build a culture of science among the youth.

SEI Director, Dr. Josette Biyo, referred to film as a powerful platform in both education and entertainment that could help learning of science and mathematics more effective.

Students from 12 public and private high schools in Metro Manila, Bulacan, Rizal and Laguna are set to launch their Can Sats—soda can-sized satellites that can gather basic atmospheric data—that they assembled in more than a month,  in the country’s first-ever CanSat Competition to be held in celebration of the 17th World Space Week in Los Baños, Laguna.

Launched in August this year, the Can Satellite Competition aims to entice  students to go into space science studies by letting them experience actual satellite development process, launching, data collection and transmission, and mission data analysis that will teach them the basics of weather forecasting.

Annually celebrated every 4-10 October, the World Space Week is commemorated to provide a venue for students and educators to learn more about space science and its benefits to humankind as declared by the UN General Assembly in 1999. This year's celebration follows the theme "Discovery" and will feature deep space exploration such as the discoveries of new galaxies, exoplanets, asteroids and comets. 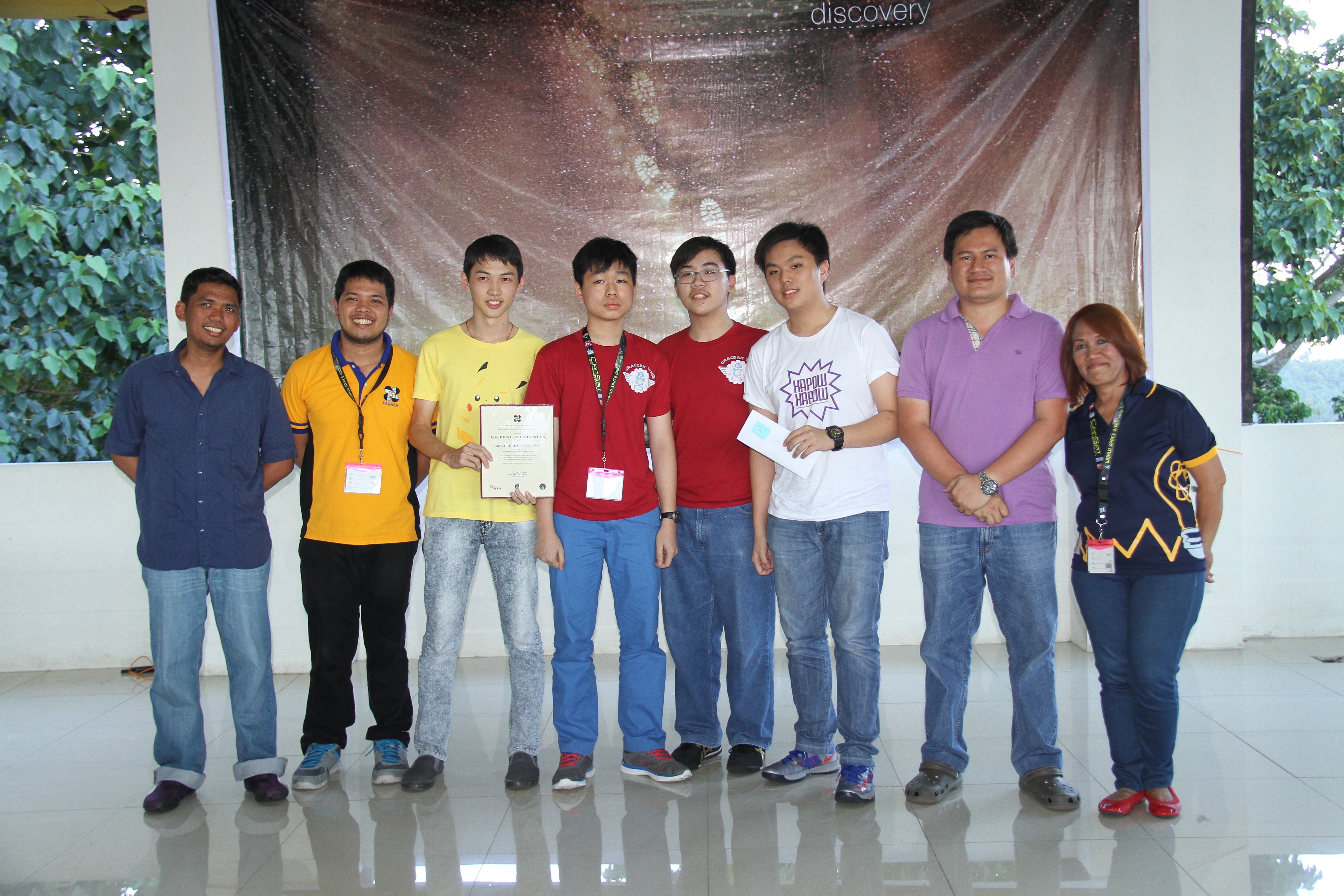 Grace Christian College topped 11 other participating schools in the first ever Can Satellite Competition held during the World Space Week celebration in Los Baños, Laguna.

Grace Christian College made history as it was hailed as champion in the first ever Can Satellite Competition in the country held during the celebration of the 2015 World Space Week in Los Baños, Laguna.

Grace Christian College represented by Aaron Rian Choi, Lance Timothy Lim, and Filbert Heinrich Wee, and their coach, Simon Steven Tan, methodically designed their cansats and successfully gathered air pressure, temperature, and global positioning system data during the launch, earning them victory over 11 other participating schools. They also put a transceiver system to communicate data from the cansat to the ground station.

In support of the government’s objective to strengthen the quality of education in the country, a total of 1,030 third year college students aced the Department of Science and Technology-Science Education Institute’s (DOST-SEI) Junior Level Science Scholarship (JLSS) exam administered nationwide on 12 July 2015.

The implementation of R.A. 10612 supports the execution of Section 8 of the K to 12 law which urges the hiring of teachers from among the graduates of science, technology, engineering, and mathematics (STEM) courses.