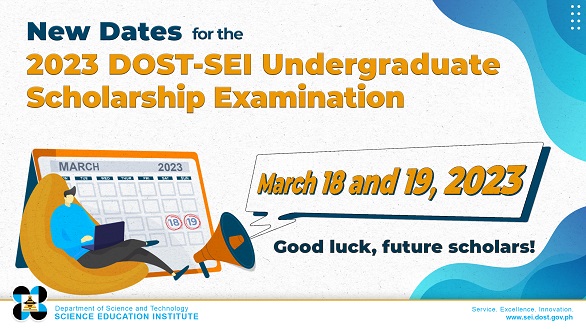 “I felt at ease because I knew that there’s finally a guide for students like me,” said Charlize Daniel, a teenager and a grade 9 student of the University of the Philippines Integrated School (UPIS), who, just like other students of her age, is still figuring out what she wants to become in the future. Two years before getting to senior high, Charlize admits to having a hard time choosing a strand and imagining her life after college. But she has eventually found a way to solve this problem — through Finding North in STEM: A Career Guidebook for Students, a new publication of the Department of Science and Technology-Science Education Institute (DOST-SEI) to help students choose the most suitable college course in Science, Technology, Engineering, and Mathematics (STEM) matching their personal attributes and aspirations.

Charlize is one of the first students to use the Guidebook, and her statement is proof that with a friendly compass at hand, taking the path towards the future in STEM would be a lot easier for Filipino students.

The campaign to celebrate film as a medium to communicate science and create positive change continues and remains strong as the Indie-Siyensya Film Festival returns to various Cinematheque Centres across the Philippines and streams online via JuanFlix, courtesy of the Department of Science and Technology-Science Education Institute (DOST-SEI) and the Film Development Council of the Philippines (FDCP).

Almost three years after the COVID-19 pandemic hit the country, the DOST-SEI, in partnership with FDCP, finally brought back Indie-Siyensya's on-site film festival with a two-day film screening of science-based creative films at the Cinematheque Centres in Manila, Nabunturan, Davao, and Negros from January 21 to 22, 2023. Cinematheque Centre Iloilo also joined the celebration as it followed with the screening on January 26 to 27.

Engaging the youth with talks on climate change can sometimes be daunting and boring. But not for the hundreds of young filmmakers and storytellers who dared to change this narrative as they joined the 6th Indie-Siyensya Filmmaking Competition of the Department of Science and Technology - Science Education Institute (DOST-SEI).

The competition received an overwhelming response of about 267 short films from all over the Philippines, all relevant to this year’s theme “Communicating Climate Change.”