The honor was hard-earned: first runner up Steven Reyes of Saint Jude Catholic School, also a Grade 12 student, is a consistent national finalist in previous PMOs as well as a silver medalist in the International Physics Olympiad in 2018 and 2019. Meanwhile, the second runner up, Grade 10 student Raphael Dylan Dalida of Philippine Science High School – Main Campus, was the first runner up in last year’s PMO as well as a bronze medalist alongside Sanchez at the International Mathematical Olympiad (IMO) the same year. 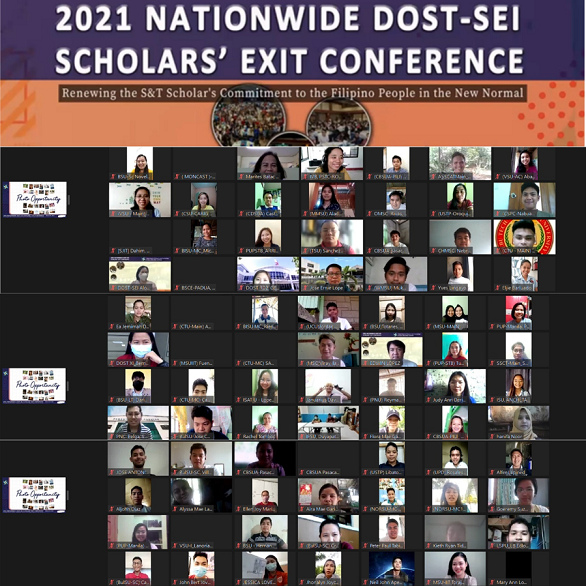 The Department of Science and Technology-Science Education Institute (DOST-SEI) hosted its graduating scholars in a half-day online exit conference last March 26 to remind them of the true essence of being national science scholars.

The event was done online for the first time, and was attended by scholars from all over the country. A total of 703 participants composed of graduating undergraduate scholars; guest speakers; university representatives; and DOST officials convened for the activity.