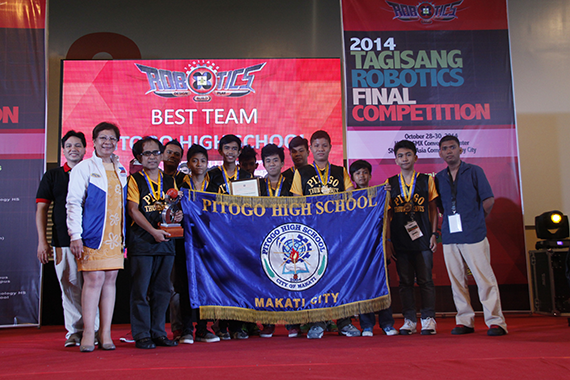 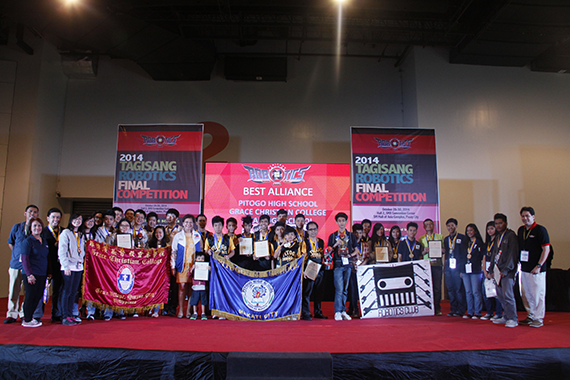 SEI Director Dr. Josette Biyo said she was happy with how hard the teams played using their “tactically designed” robots and how they have used their months—and for some, years—of training in the competition.

“Four years in and we’re happy with how far our schools have mastered not only the mechanics of the game, but also the value of teamwork. We’re proud to have witnessed their growth ever since day one,” sad Biyo.

With its clear impact in promoting robotics as a field, Biyo expressed enthusiasm in finding a sponsor to organize another round of Tagisang Robotics next year hoping to continue inspiring children to go into the sciences.

“That has been our goal, to continue motivating our students to take the path of science and technology as we need more scientists and engineers. We have our scholarship programs that can help them do so and we feel that by continuing this project we will be able to inspire more students to be science professionals in the future,” she added. 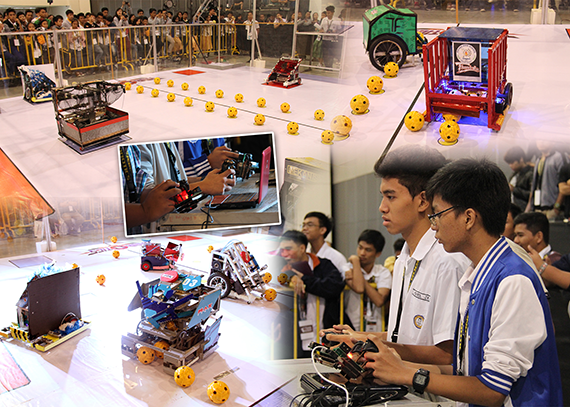 Thirty-five seasoned teams battled in what is deemed as the final edition of the Tagisang Robotics: Design, Build and Play Competition last 29-30 October 2014 at the SMX Convention Center, Pasay City. The SEI plans to seek partnership with the private sector to sustain its implementation in the coming years.

Tagisang Robotics is considered the toughest robotics competition in the country that uses industry type platform and involves training the students in electronics, programming and robot building. The SEI plans to seek partnership with the private sector to sustain its implementation in the coming years.

Meanwhile, SEI announced its plan to launch the first ever Can Satellite Competition in the country next year. The CanSat Competition is being organized in many countries to promote space science among children as well as college students. It allows students to have first hand experience of a real space mission beginning with the design, building, testing, launching, data analysis, and presentation of results.

“With the CanSat Competition, we want to inspire our kids in the field of space science especially in this age where satellite applications are in its highest importance to all of us. Hopefully, we can launch that program as well as continue the 5thTagisang Robotics next year,” said Biyo. (30)