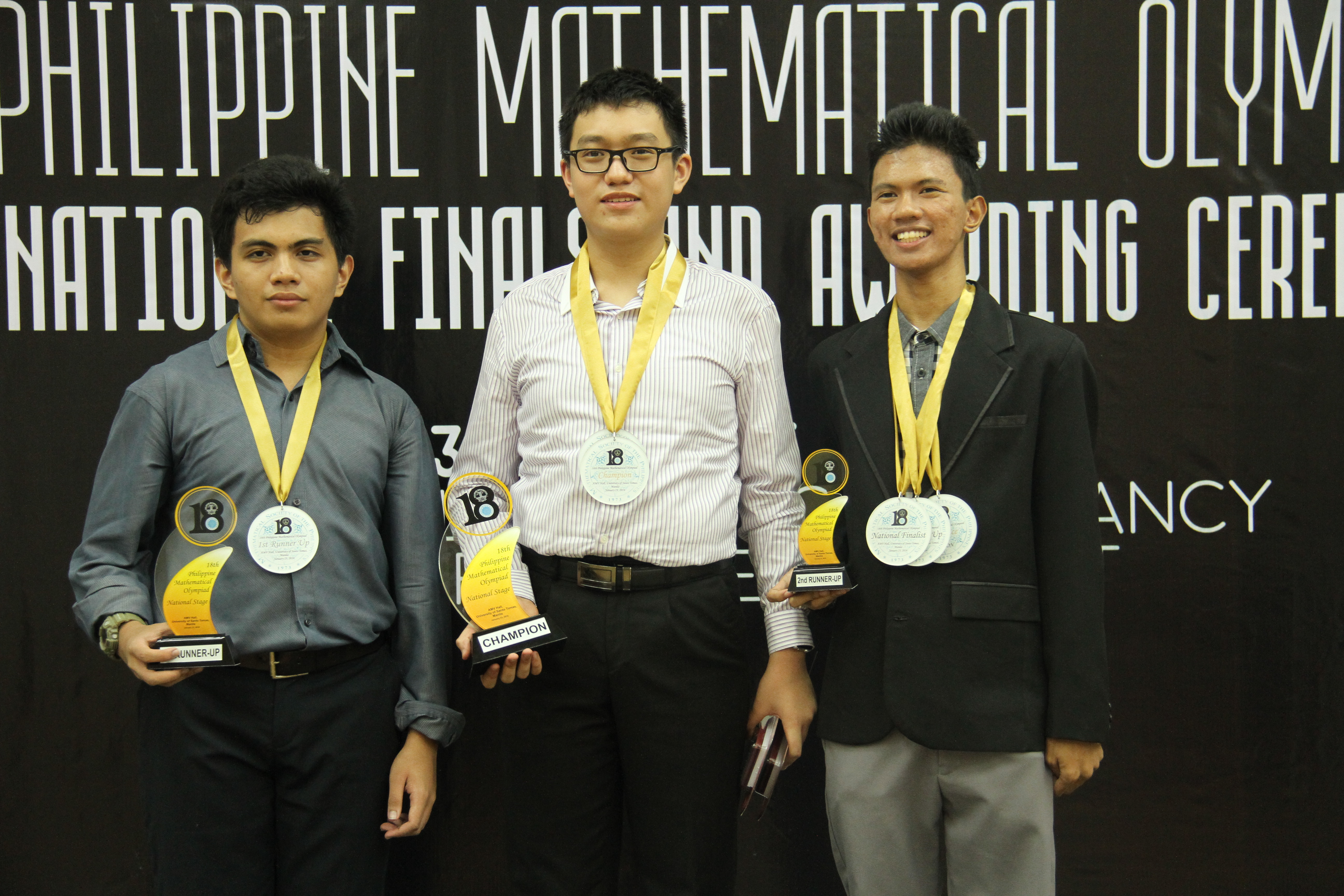 The winners were awarded in a ceremony held at the University of Santo Tomas recently.

With the result, Department of Science and Technology - Science Education Institute (DOST-SEI) Director, Dr. Josette Biyo, congratulated the winners and finalists, and expressed belief that the country is “getting closer and closer towards winning [its] first gold at the IMO.”

“I’m sure that our team in the IMO always has a fighting chance that would increase each year that we join the IMO. And this PMO is one of our bases in having that feeling,” Biyo said as she lauded the Mathematical Society of the Philippines (MSP) for another successful PMO.

“Our time to win gold at the IMO is coming very soon,” she added.

The winners, together with the 17 other PMO finalists, will undergo training in April to May to determine who will comprise the national team set to compete in the 57th IMO in Hong Kong this July 6-16, 2016. This year’s IMO Philippines’ Team Leader, Louie John Vallejo, of MSP will spearhead the summer training along with professors from UP and Ateneo de Manila University.

Biyo said DOST-SEI will continue to support the PMO and the country’s participation in IMO and other international competitions as these platforms “clearly bring the best of our best students” who are eyed to become science professionals in the future.

“More than anything, we encourage you all to not just accept the challenge of pursuing excellence through competitions, but to build your character founded on honesty, integrity and nationalism. Be the leaders that we all desire to have,” Biyo said. (30)