Montejo lauded the historic achievement of the awardees, citing efforts of DOST in promoting science, technology, engineering and mathematics (STEM) among the youth as reinforcements in the said feat.

He said that while a lot of issues and challenges remain to be faced in terms of S&T, the excellence of YES medalists prove that there will be great minds to drive the field in the future.

“Each year, the YES Awards reminds me that despite the difficult task of creating solutions to various challenges, the future of the Philippines is bright knowing that we are developing the future leaders well,” said Montejo who urged the medalists to choose STEM fields when they go to college.

Montejo cited the increased scholarship slots and strengthened benefits to motivate the students to go into STEM fields.

“The scholarship slots have soared since 2010 and we have indeed helped produce scientists and engineers in the process. We hope to capitalize on this improvement by encouraging all gifted students to go into sciences and make their mark in the field,” he added. 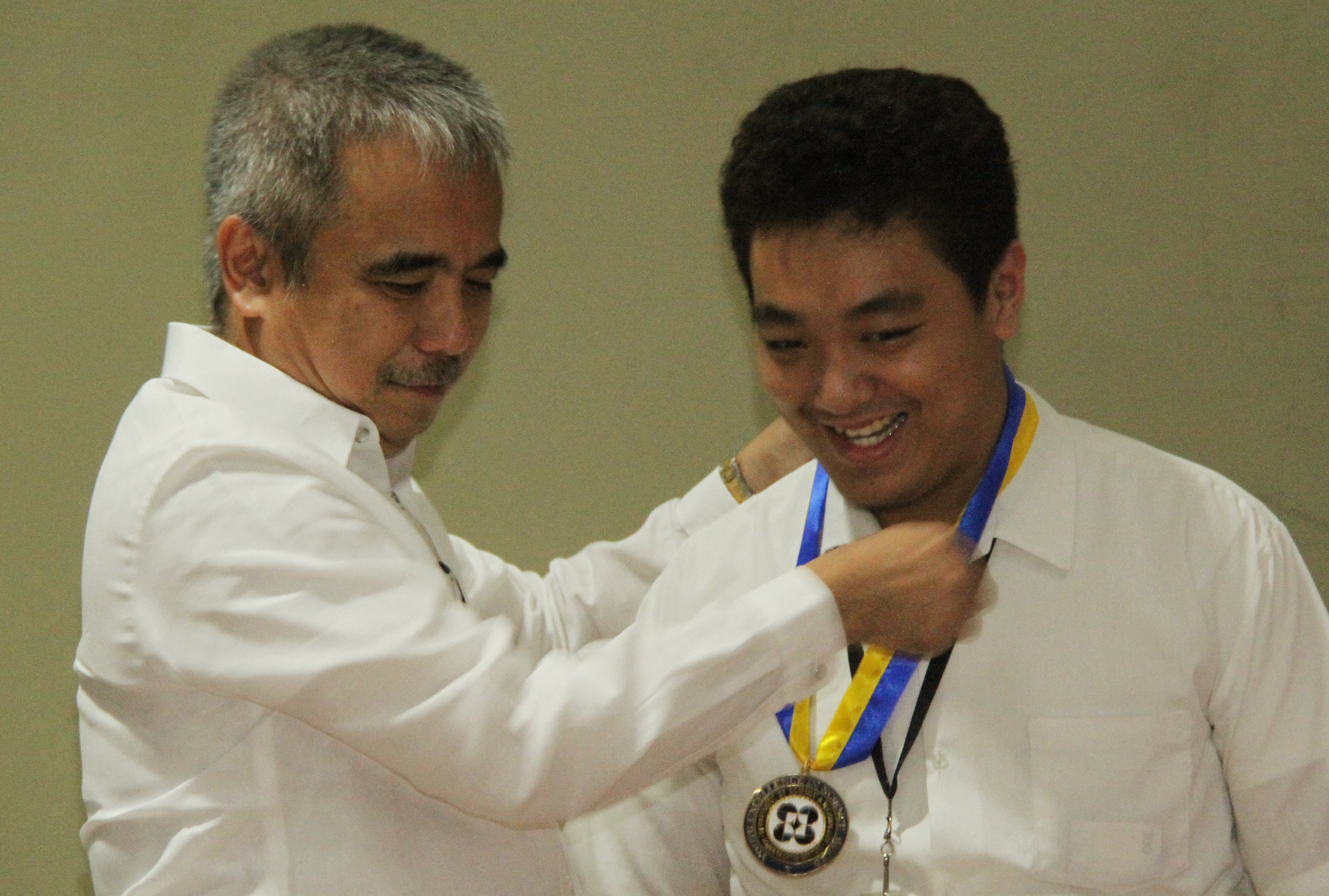 An Awardee from the historic 2015 batch receives his YES Medal from DOST Secretary Mario Montejo.

Meanwhile, one of the YES Awardees, Bryce Ainsley Sanchez of Grace Christian College addressed his fellow awardees and urged them to continue doing great in competitions.

Finally, DOST Undersecretary Rowena Cristina Guevara encouraged the students to follow into the foot steps of the likes of DOST scholar-graduates, Reinabelle Reyes, Gay Jane Perez, and others who are now “impact scientists” today.

“We have all the reasons to believe that you will be like them, if not better, in the future,” said the Undersecretary. (30)