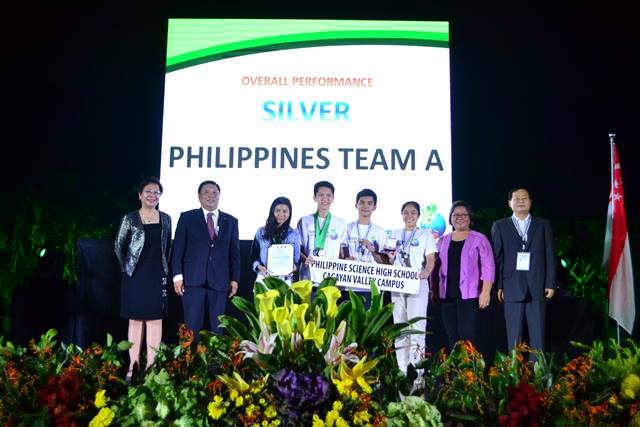 The APTJSO is an annual educational competition in the field of Science and Technology for young gifted students who are 13 to 15 years within the ASEAN Plus Three Region.  The competition is designed to carry on the overall goal of the competition to develop the gifts and talents of young individuals in the S&T fields and to nurture future scientists and engineers within the APT region.  Component contests of the competition are project pitching, laboratory skills assessment and poster presentation.

On the other hand, the Philippines dominated the competition in terms of medal haul as it snatched 15 medals from the different component contests in the competition. Chinese Taipei scoured 9 medals while Brunei got a total of 7 medals.

In the Laboratory Skills Assessment, a competition that tested their adeptness in conducting experiments, Brunei got the gold medal, followed by Philippines and Chinese Taipei.

In the project pitching category, where the students gave proposals on how to mitigate the effects of the climate change in the rainforest, Team Apitong got the highest award.  Group Apitong is composed of Jose Benjamin dela Cruz of the Philippines, Dong Rui of China, Chalernphon Neugleuthai of Laos, Nguyen Phuong An of Vietnam, Alexandra Parrthena Papadopoulos of Sweden, Sieng Sunhan of Cambodia, and Ismail Muhd Adiib of Brunei.  They are followed by Group Anahaw composed of Aisyoul Khorni Muhammad Hazim of Malaysia, Tran Minh Huyen of Vietnam, Pawarisa Sittichai of Thailand, Sithiktiya Chey of Cambodia, Chen Meng-Fu of Chinese Taipei and Francis Jether Siao of Philippines.  Group Almaciga obtained the third place, composed of Baek Ji Hun of Korea, Bajan Dionela Jitka Quinagoran of Philippines, Ko Wei Ting of Chinese Taipei, Moe Hnin Oo of Myanmar, Mahammad Amin Abidah Syahmina of Brunei, and Somavattey Im of Cambodia.

China netted the poster presentation, followed by Indonesia and Korea.

“The energy, determination, and enthusiasm you have showed in this competition is a good fuel for the measures you want to take in taking on climate change by the horn,” she said during the awarding ceremony.

UPLB Chancellor, Dr. Fernando Sanchez, Jr., on the other hand, reminded the participants how big an issue climate change is as well as their roles in being part of the solution to the said problem.

“Climate change is no longer something theoretical that may happen in the future, but a serious issue whose devastating effects we have clearly observed and experienced. It is also now an issue which many of our scientific minds are noew trying to find solutions to,” he said.

Department of Science and Technology – Science Education Institute Director Dr. Josette Biyo, meanwhile, was elated with the landslide medal haul of the Philippines.

“You have made your mark not just as gifted individuals but as citizens of the planet.  Your ideas have been heard and we hope that this activity has urged you to become disciples of science,” she said. 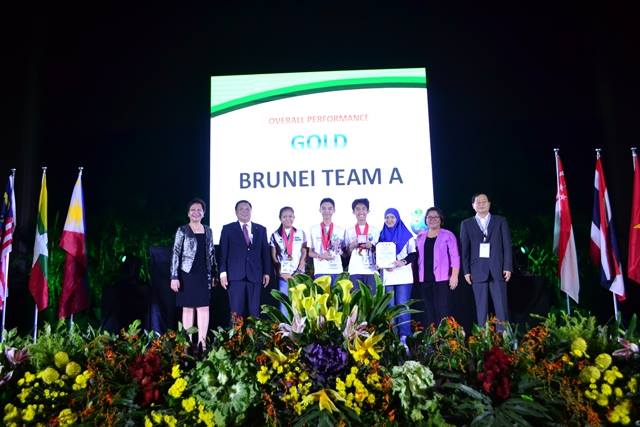