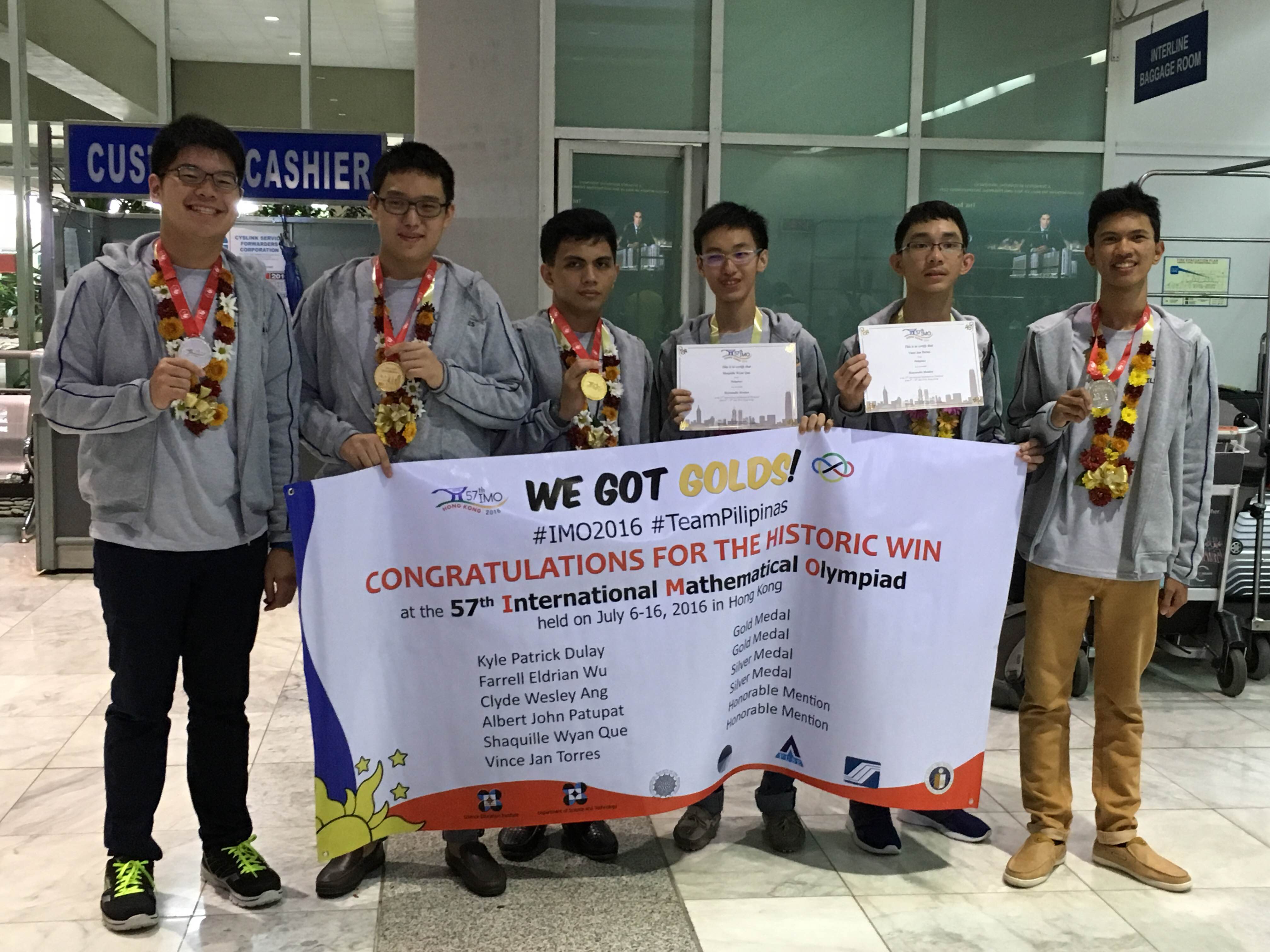 Meanwhile, Shaquille Wyan Que of Grace Christian College and Vince Jan Torres of Sta. Rosa Science and Technology High School both finished with an honourable mention to round out the best finish of the national team.

With the victory, the Philippines already leaped into top 17 of the world rankings, up from 36th out of 104 last year.

“Words can’t describe how the science community takes pride in the achievement of our national team. This is something that is brought about by intense dedication not just by the students but also the coaches, the parents and all the entities that gave their support for this endeavor,” said Biyo.

Biyo thanked the Mathematical Society of the Philippines (MSP) for its untiring effort in selecting, training and guiding the team throughout the process.

“We are very grateful to MSP, especially to Team Leader Dr. Richard Eden and Deputy Team Leader Dr. Louie John Vallejo, and all its officers and members for their immeasurable effort for this historic feat to happen. This is their victory as much as our students’,” she said.

The IMO is the toughest and most prestigious mathematics competition in the world. Participants are faced with six “extremely difficult” problems, which are answered in two days. The Philippines started participating in the IMO 1988.

“We have been setting historic records year after year since 2010 and it’s tempting to expect our performance to get even better than this. This is an exciting time for us in the science and education communities,” added Biyo while promising continuous support for international participation in science and mathematics competitions. (30) 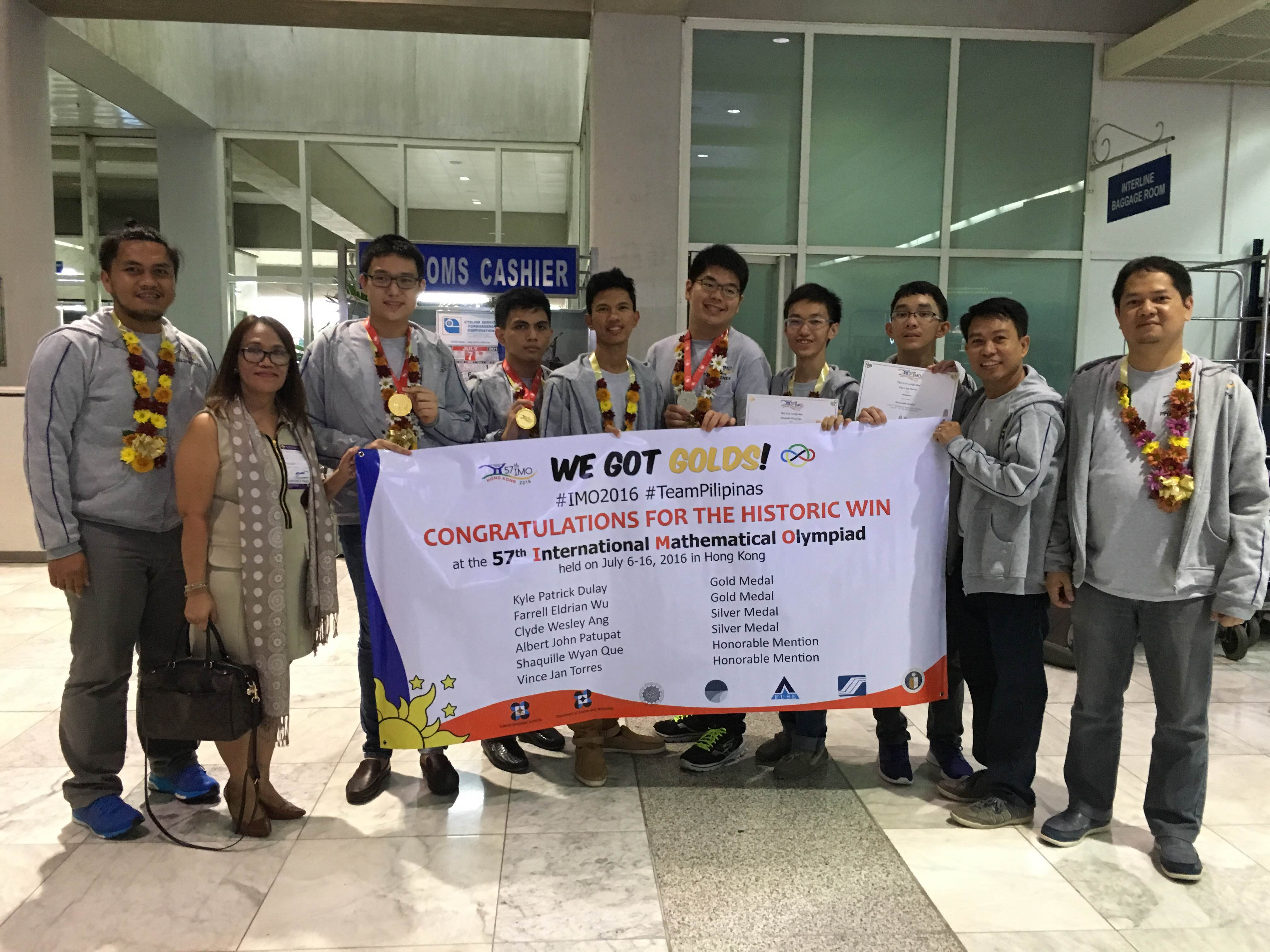