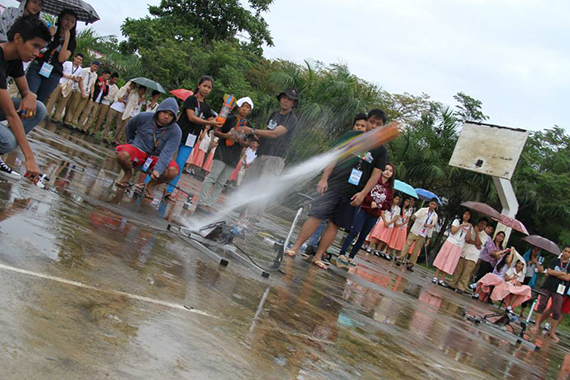 A total of 42,987 hopefuls will troop to different testing centers in the country to try and clinch a slot for the 2015 Undergraduate Scholarship slots offered by the Department of Science and Technology – Science Education Institute (DOST-SEI). This year’s number reach an all time high and maintained the increasing trend in the number of applicants in the past years as it exceeded the 35,562 and 27,224 recorded for the 2014 and 2013 exams, respectively. DOST-SEI credits this trend to the increased awareness to the value and benefits of venturing into scientific careers. The national qualifying examination for DOST-SEI’s two undergraduate scholarship programs, namely, the Republic Act 7687 or the Science and Technology Scholarship Act of 1994, and the Merit Scholarship Program will be administered on 21 September 2014. SEI Director Dr. Josette Biyo said the massive promotion of science, technology, engineering and mathematics (STEM) courses through their many programs and projects helped increase the number of applicants to the Scholarship Program.

Having witnessed elementary and high schools students showcase their “genius play” in the recently held 13th Philippine Robotics Olympiad (PRO), Science Education Institute Director Dr. Josette Biyo expressed optimism in the future of robotics in the country. Watching in the sideline of a miniature soccer court where robots made by high school robot enthusiasts aimed for goals while elementary wizards demonstrate some of their innovative robot creations in their respective booths, Biyo said she was amazed by how far the robotics program in many schools in the country has developed. “In the Philippines, there is a lot of interest and potential for robotics. We can mention the winnings we had in both the local and international robotics competitions as proofs. We can also highlight the increased participation of schools in various robotics contests as another sign that the field is indeed on the rise,” said Biyo.