After three months of building their technology-based projects focusing on waste management, traffic control, wildlife conservation, disaster mitigation, educational innovation, and others, the remaining 16 school-teams of the 2018 imake.wemake: create. innovate. collaborate. project are set to battle it out for the three top prizes in December.

The project, organized by the Department of Science and Technology – Science Education Institute (DOST-SEI) together with Acer Philippines, is now in its second year of helping students address their community problems through science, technology, and innovation (STI). On December 3-4, the finalists will face the judges to present their projects and determine who will take home the three Youth Innovation Prizes along with Php 50,000 cash prizes.

“We are excited to see how our finalists executed their proposals and what they have accomplished in the span of three months. We received promising project concepts and Acer Philippines was kind enough to provide them with the Cloudprofessor technology that shall power our students’ projects,” said SEI Director Dr. Josette Biyo. 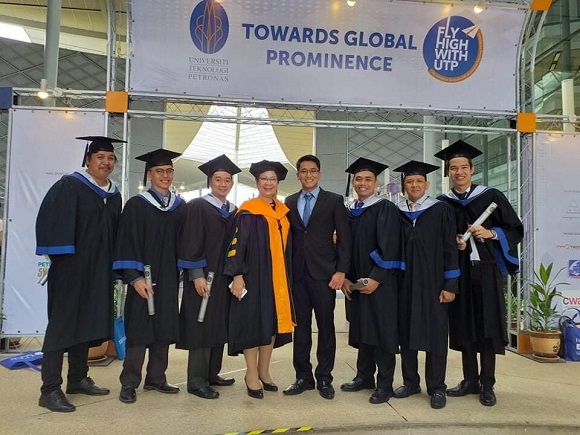 DOST-SEI Scholars as Game-changers for CBDRRM

Bannering the values of professional excellence, servant leadership, and social responsibility, the Department of Science and Technology - Science Education Institute (DOST-SEI) empowered 86 Leytean DOST-SEI scholars through what was dubbed by the participants as an “eye-opening and enlightening” Comprehensive Community-Based Disaster Risk Reduction and Management (CBDRRM) Training on July 28-August 1, 2018 at the Visayas State University (VSU). Prior to this training program, the scholars attended the two-day Scholars’ Formation Program on April 21-22, 2018 at the VSU to inculcate the values of volunteerism and patriotism among the scholars. This formation program is the Phase 1 of the Filipino Patriot Scholars Project.

Together with the DOST Regional Office VIII, local government of Baybay City, Leyte, and the VSU, this 4-day workshop focused on increasing awareness and knowledge of the scholars on Disaster Risk Reduction and Management (DRRM), as well as exposing them to social realities. All these put the scholars at the forefront of patriotism, volunteerism, and social change. The CBDRRM Training is the Phase 2 of the Patriot Project.

With a whole heart and open arms, the City Administrator of Baybay City, Mr. Deogracias E. Pernitez, welcomed the DOST-SEI and the participants. He encouraged the scholars to impart their acquired knowledge to the least of their brethren in the city. However, DOST Regional Office VIII Director, Engr. Edgardo M. Esperancilla challenged the participants to be part of the S&T human resources available and ready to serve before, during, and after disaster. Their goal is to have at least one DOST-SEI scholar in every community to lead Disaster Preparedness.

DOST-SEI scholars as Advocates of Peace

With the aim of fostering patriotism, as well as bridging the gap between different cultures and belief systems for inclusive sustainable peace, the Department of Science and Technology-Science Education Institute (DOST-SEI) brought the Two-Day Scholars’ Formation Program to the recipients of the Bangon Marawi Program on September 22-23, 2018 in “The City of Golden Friendship”, Cagayan de Oro City.

Most of the participants were undergraduate scholars under the DOST-SEI Bangon Marawi Program, while there were some under RA 7687, RA 10612, and Merit Scholarship Programs.  Moreover, 30 masters and doctorate scholars under the Bangon Marawi Program and Accelerated Science and Technology Human Resource Development Program (ASTHRDP) joined in the formation program, actively shared their thoughts and insights to their fellow participants.